Of Cranes and Herons 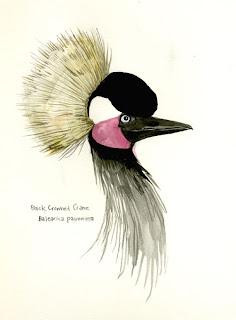 I've been asked by my lovely, butt-kicking, just returned from bike tour of Maine friend, Christy, to clarify the difference between herons, and cranes. This is something that has come up several times recently, and I even heard Dr. Willard explaining it to someone on a tour of the bird collections a couple of weeks ago. The assumption would be, because they look similar, that they are closely related, and from the same family and order of birds. This is not the case. While they share many similarities of appearance (long neck, legs, and spear-like bill), and even some types of habitat, these similarities are largely superficial.

Let's start with taxonomy. Cranes belong to the family Gruidae. Gruids have 15 species worldwide, two of which are native to North America: the rare Whooping, and the Sandhill. Gruidae fall under the order gruiformes, which include rails(family Rallidae), and the lone Limpkin(family Aramidae). Herons, egrets and bitterns, belong to the the family Ardeidae, which fall under the order Ciconiiformes, **which also includes the New World Vultures, spoonbills, and storks. You can take an order like the Gruiformes, and upon first glance at the various species, there is much morphological diversity. For instance, rails, such as the Virginia Rail, are small, secretive, water loving birds, whereas cranes, such as the Sandhill, are very large, gregarious, and prefer the wide open habitat of prairies, farm fields and meadows. Despite these differences, however, molecular evidence would suggest that they are, in fact, somewhat closely related.

Herons, egrets, and bitterns are quite solitary, and pretty strict carnivores; spearing anything that moves (fish, frogs, and sometimes the chicks of other species of birds). Cranes tend to congregate in large flocks, have pretty complex mating and territorial rituals (cranes are famous for dancing) and are more omnivorous. The most easy distinction to note between a crane and a heron, or egret when in the field is that cranes fly with their necks outstretched, whereas herons and egrets will tuck it in. Even when not flying, one can see the distinctive snake-like, s-curve in the neck of heron and egrets; a feature that allows them to strike prey with lightening speed and precision. While crane necks are also long, elegant and do curve, they don't curve or crook quite the way a heron's neck will.

So, those are the basics. From there you can get into suborders, subspecies, fossil records, molecular evidence, and so on, but the short answer is despite outward appearances, herons and cranes are not closely related. While I can take no responsibility in regards to the accuracy of the information contained in this post, I can safely say this: they both eat frogs; lots and lots of frogs. That's for you CP


**7/27 update - It looks as though recent DNA evidence would show that vultures are more closely related to hawks than storks.
Email Post 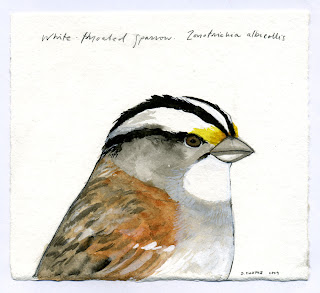